The Evolution of the Burger Deck 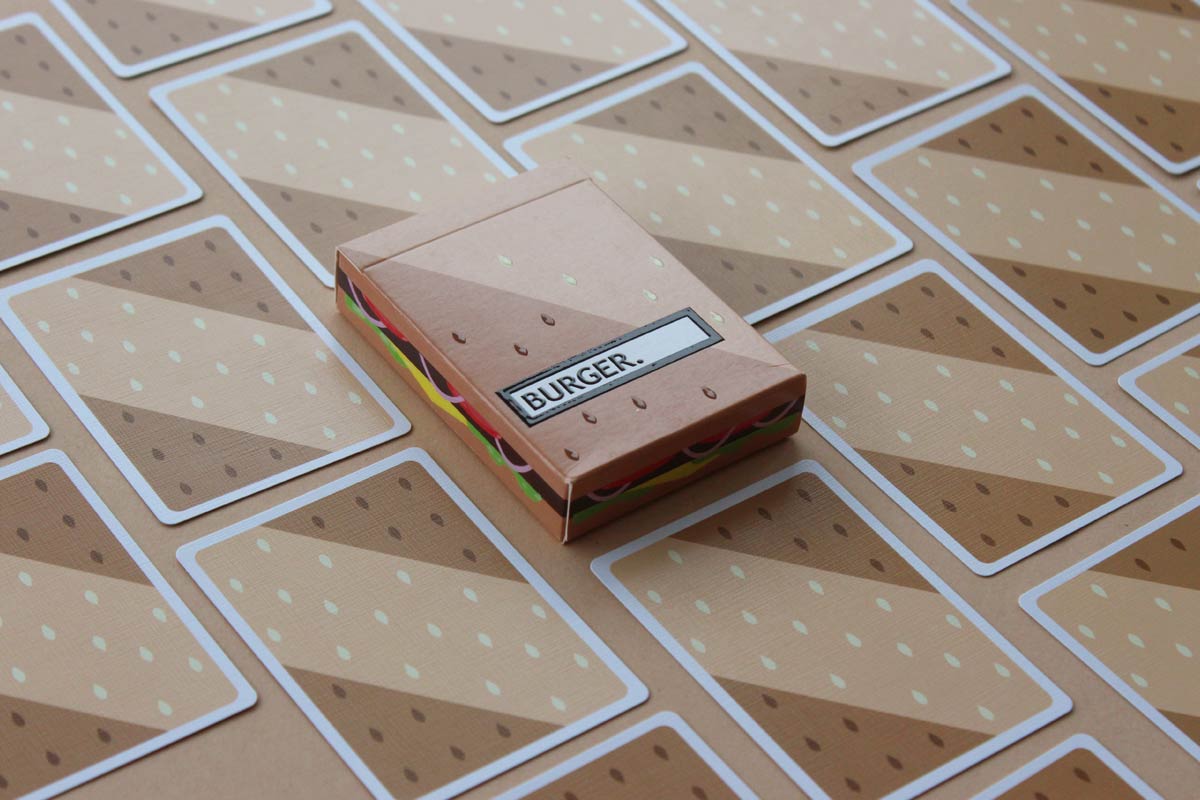 A look at all the iterations the BURGER Deck went through

Ah yes, the classic BURGER Deck. This was the first deck designed and produced by FLAMINKO Playing cards through their 2017 Kickstarter campaign. In this article we take an in-depth look at how the BURGER Deck was made.

Have you ever wanted to create your own deck of playing cards? Are looking to find out what goes into the process of producing a deck? You can always contact us and ask us any questions from what we've learned over the course of 3 kickstarter campaigns and bringing to life our Deliciousness series of custom playing card decks.

First up, let's take a look at the back design. One of the most crucial aspects of a custom playing card design is the back. The back graphic covers the most real estate on any card and needs to convey the spirit and character of the design. When the burger theme was chosen, the back design was one of the first things considered.

Originally, the idea was to create a deck of cards that resembled a complete burger. The first design reflected this (leftmost deck in image below) with a borderless design meant to resemble the 'buns' of a burger. Being inexperienced playing card designers at the time, there are a number of impracticalities with the first design. The next iteration of the design introduced a white border to the cards. There are a few advantages of white borders around playing card back designs. White borders are friendlier for magic tricks and help to conceal double lifts or sleights. The borders also prevents 'marking' or scuffing along the edges of the cards. This type of wear and tear occurs through use of the deck and is especially noticeably on cards without the bordered designs.

The next change is a subtle one. Looking closely at the centre two decks, you can see the corner bevels of the border for the left deck are rounded and on the right deck they are squared. The squared bevels were introduced to the design during the decks prototyping stage with Cartamundi. In the end however the rounded design won out.

Finally we see on the far right the back design in its final form. The most important change in the final iteration is the conversion of the original design to a two-way one. A two-way or mirror back design is the most popularly used form of back design for playing cards. The two-way aspect of a design gives a card the ability to be turned around and then shuffled back into the deck without the card's displacement being noticed. For the BURGER Deck, its new two-way still kept the idea of representing the buns. To achieve the two-way aspect, the sesame seed orientations were equally mapped across the pattern. The diagonal segment of the two tones of the brown was also refitted to have two corners and a mirrored diagonal stripe.

Throughout its design cycle, the tuck box remained largely unchanged. The design wholeheartedly embraces the burger theme, encapsulating the essence of a burger with a seamless, wrap-around design. The image above shows some of the prototyping miss-haps that went into getting the deck just right for the final production.

The top left deck is a good example of what happens when you don't correctly align a design to the manufacturer's template. The deck at the bottom left shows an incorrectly set-up file for the embossing effect. Looking closely you can see the details had their embossing applied, but they had no colour! When creating a tuck box that uses foiling or embossing techniques, it is important to set your design files up correctly. Something we learnt the hard way!

Comparison of the faces

Similar to the tuck box, the face designs didn't undergo many drastic changes. From the outset, each face card from was a unique vector illustration for each and every suit and rank. A hallmark of a good quality custom design, is wether or not time and effort was put into creating a unique card for every face. Colour swaps of standard face cards are also considered lazy design. With the BURGER's face designs, there are small and subtle differences playing on burgers. Each lends its own characteristic to the card and lets it tell its own story.

The changes that did happen came about again because of the inexperience of the designer when they first started designing the cards. The face details where made bigger and the pip and rank placement were extended further towards the edges of the cards. This change allowed the pips to be seen more clearly when fanning the deck. It also removed some of the awkward white space around the original design.

And there you have it! The small changes and learned techniques that went into the making of the BURGER. The BURGER is one of our favourite decks to date, to truly experience it, it really requires a physical copy to admire the intricacies of the custom design (not to mention the excellent quality of the cards too!). If you are looking to get your very on BURGER Deck you can get your right here from our online store.

Perhaps you'd like to learn more about creating and producing a custom deck of cards. Our friendly team at FLAMINKO Playing Cards, is always ready to answer questions or help out aspiring custom playing card creators, simply head on down to our contact us page or send us an email.

Want to learn more about what we do at Flaminko? 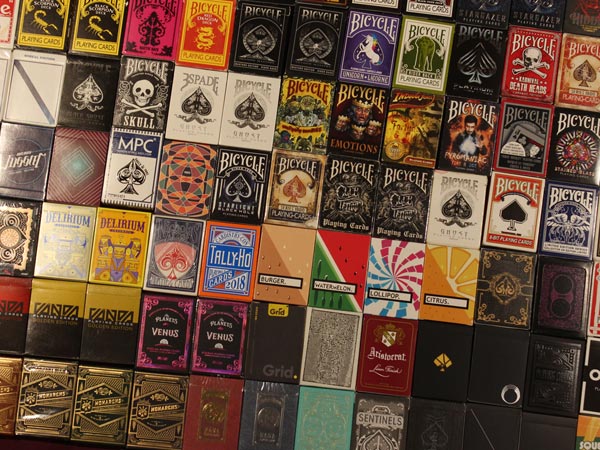 The Joys Of Collecting Playing Cards

Have you ever considered starting a collection of playing cards? There is a huge range of custom playing card designs available. Learn about how what to look for in your collection today. 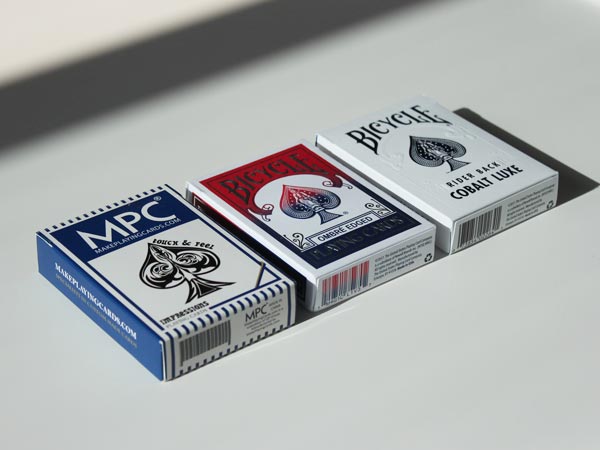 Did you know that there are cards that break the mould of ink on paper? Here are some of the decks with those crazy characteristics!